The Mangroves in , which have become fragile due to constant attacks from the land mafia, are facing a fresh threat to their existence.

Harish Pandey, an environment activist working with New Link Road Residents Forum, has written to the , that major such as cutting of mangroves, building of of sea water have been witnessed in the mangroves of Dahisar West on government land. The access is only from sea and boats, he said.

Pandey has asked the mangrove protection cell to immediately take corrective action and book the culprits. 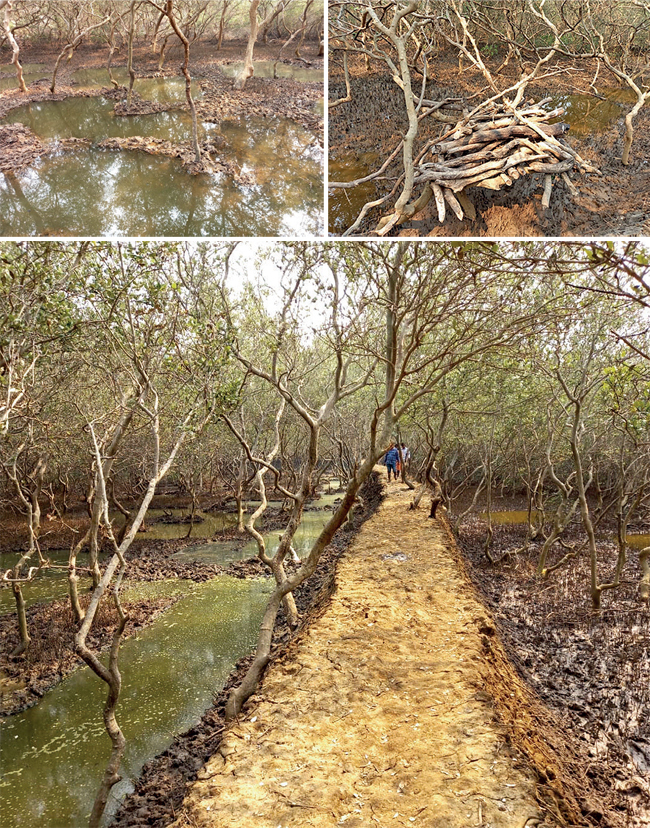 A bund created to stop supply of sea water to mangroves

Speaking to Mumbai Mirror, Pandey said, “For the last 15 years, citizens have been fighting for green patches, But even in such remote areas that are inaccessible, to mangrove has been cut off. The offenders have constructed a 2-km-long bund encircling an area of 10 to 15 acres where sea water has been cut off to kill the mangroves. How the forest department and government tackle this problem is a challenge. This terrain is very difficult to access.’’

He said he was given a tip-off that the land was being reclaimed and that he was trying to locate for 15 days where the damage was taking place. “I went with a fisherman in low tide last Sunday to check the place and the site visit by mangrove protection cell was done on Thursday. I have also complained to the wetlands protection committee,” Pandey said.