(MENAFN – The Conversation) Musicians are often concerned about environmental problems, but entangled in them through the materials used in their instruments. The guitar industry, which uses rare woods from old-growth trees, has been a canary in the coal mine — struggling with , and new of trees.

We spent tracing guitar-making across five continents, looking at the timber used — known in the industry as tonewoods for their acoustic qualities — and the industry’s environmental dilemmas. Our goal was to start with the finished guitar and trace it to its origin places, people and plants.

We first visited guitar factories in Australia, the United States, Japan and China. There we observed materials and manufacturing techniques. From factories, we visited the sawmills that supply them. And then we journeyed further, to forests, witnessing the trees from which guitars are made.

Our task proved more complicated than imagined. At Martin Guitars alone, based in the US, wood comes from countries on six continents and 30 different vendors.

And the timber supply chains on which the guitar industry relies have been secretive. Many sources of wood are from places with historical legacies of environmental conflict, colonial violence and dispossession: ; ; .

We learnt about the guitar’s environmental footprint, while appreciating the skills and experiences of behind-the-scenes people, and the capacities of the forests and trees to adapt. And we saw how Australian guitar-makers, such as Maton and Cole Clark, are leading the way in embracing sustainable options, salvaging recycled wood, and sourcing native species from timber suppliers in Victoria, Tasmania and Queensland. 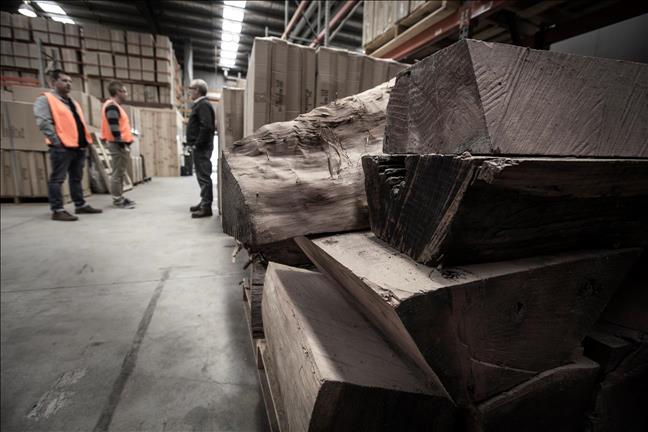 How are guitars made?

Around , constituting a US$1 billion industry.

Unlike the timber used in construction or mass produced furniture — — guitars use rare woods from old-growth trees. This is because the slices of wood used on guitars are quartersawn: cut perpendicular to the tree’s growth rings to ensure stability and sound wave projection. The slices have to be wide enough to become the front face, backs or sides of the instrument, hence large diameter logs are needed. 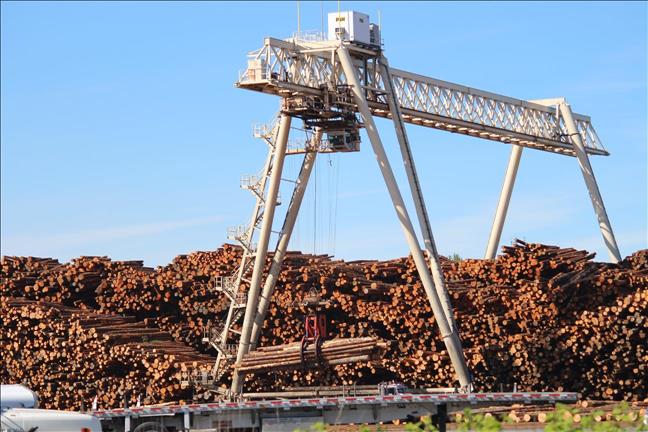 Industrial sawmilling in Washington state, USA. Guitar timbers do not come from such sawmills. Authors

From carefully cut timber, guitar parts are then carved (whether by hand or machine), sanded and assembled. The soundboard (the top) is most critical. The guitar is musical because the strings are pulled extremely tight.

With their solid bodies, electric guitars can withstand tension better than acoustics. On acoustic guitars, the soundboard must be strong, but also light, and reverberate responsively, its stiffness harnessed for tonal qualities. 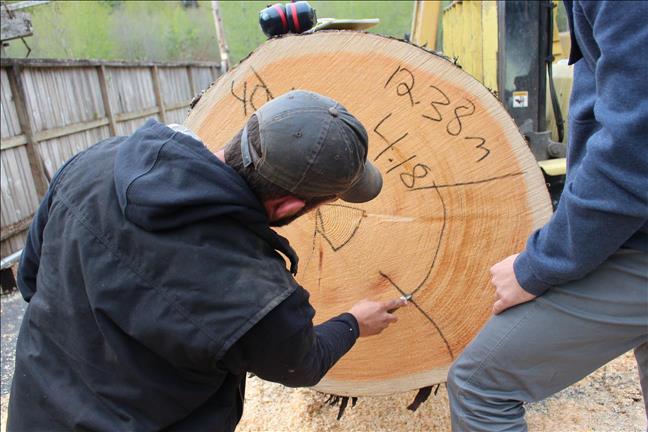 They had the strength to be cut thinly and yet not collapse under extreme string tension, with straight and parallel grains that, in the words of guitar makers William Cumpiano and Jonathan Natelson, ” ”.

For necks, guitar-makers use mahogany (Swietenia macrophylla) or maple (Acer species); for fretboards and bridges, ebony (Diospyros species) or rosewoods (Dalbergia species); and for acoustic guitar backs and sides, rosewoods and mahogany.

Since the inter-war Hawaiian music craze, koa (Acacia koa) has featured on acoustics, electrics and ukuleles. 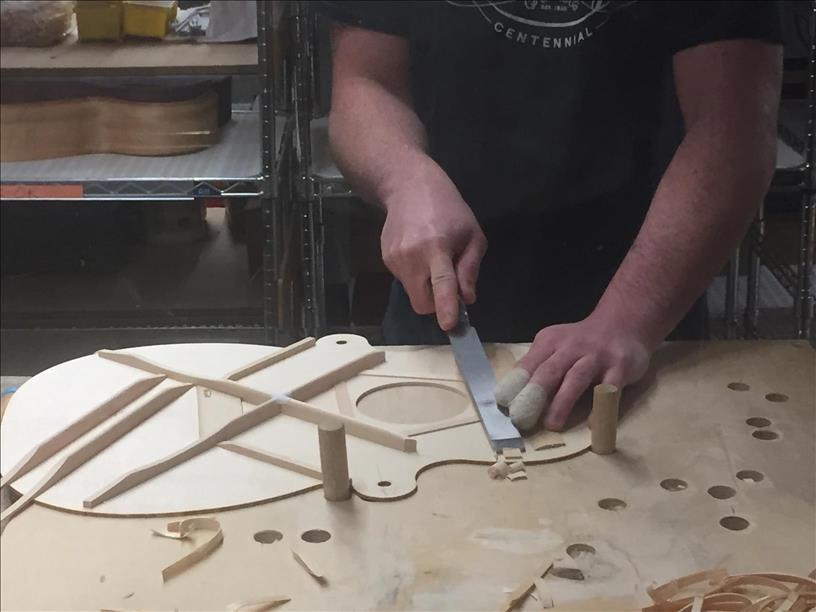 At the C.F Martin & Co. factory in Nazareth,…