WASHINGTON, D.C. — As the country continues to recover from the economic shock waves created by the coronavirus pandemic, Americans are more divided than they have been in several years about whether protecting the environment (50%) or strengthening the economy (42%) should be the greater priority. 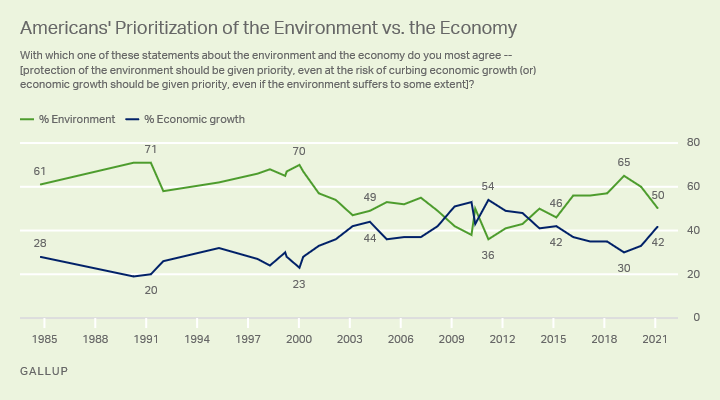 Gallup asked this question occasionally between 1985 and 2000, but since 2001 has measured it each March as part of its annual Environment poll. The latest result is based on a March 1-15 survey.

While slightly more U.S. adults today prioritize the environment over economic growth, the 50% doing so is down from 60% in early 2020 (largely before the pandemic was declared) and 65% in 2019, and is the lowest recorded since 2015, when 46% held this view.

The current rate matches the average since 2001. Prior to that, from 1985 to 2000, 66% of Americans on average said the environment should take precedence over economic growth. This included 70% naming the environment in January 2000. But the percentage fell to 57% the following year and to 47% by 2003.

A special update of the question in May 2010 found a surge in support for the environment that was out of sync with the higher support for the economy otherwise seen between 2009 and 2013. That reflected public reaction to the Deepwater Horizon oil spill in the Gulf of Mexico in April 2010, the largest marine-drilling oil spill in history.

As Gallup has reported previously, Americans’ views on the environment vs. economy question are sensitive to national economic conditions. In general, the higher the unemployment rate, the higher the percentage prioritizing the economy.

The accompanying graph displays the closeness of this relationship since 1997. For this analysis, Gallup’s annual measures of Americans’ views are compared with the U.S. unemployment rate for the month prior to the survey each year. After declining for nearly a decade along with shrinking unemployment, the percentage of Americans citing the economy increased this year, reflecting the higher rate of unemployment today compared with just before the pandemic in 2020. 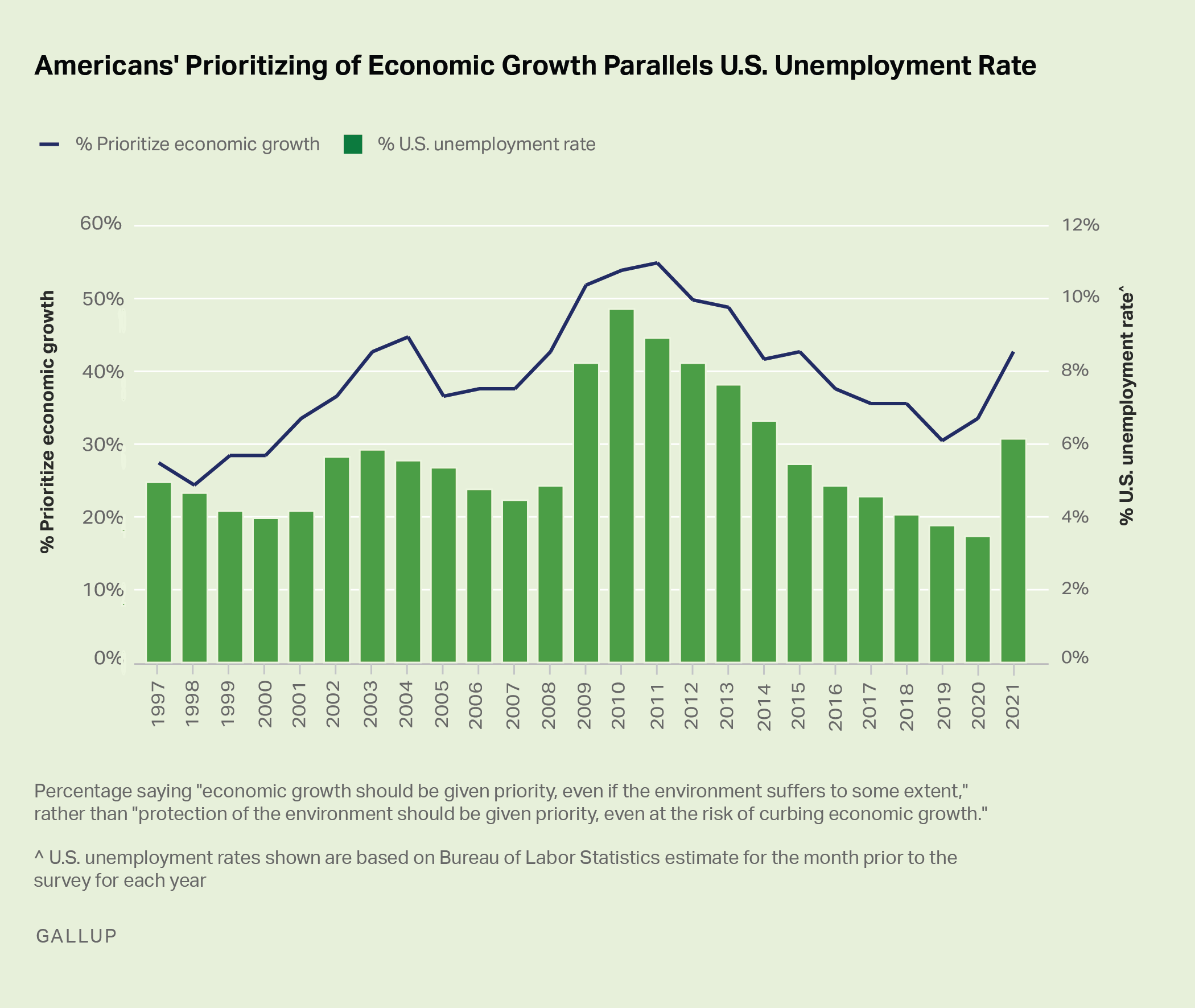 Both party groups are more likely than they were a…